As the final project for CIS 460 (Interactive Computer Graphics), my team and I were tasked with building a miniature (and simplified) version of Minecraft. Although the game seems simple in terms of graphics and pixels, rendering each of the components (not to mention combining them in an efficient manner) was no easy task. Through this project, we learned a lot about how OpenGL works and how real-Minecraft takes advantage of small details to greatly optimize the effiency and rendering of the game.

Features Broken Down By Milestone 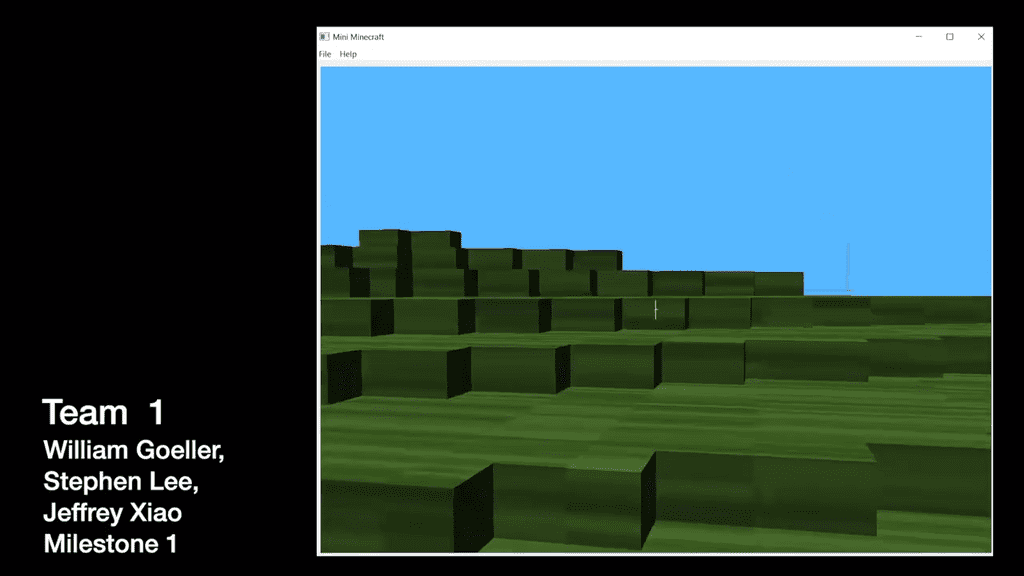 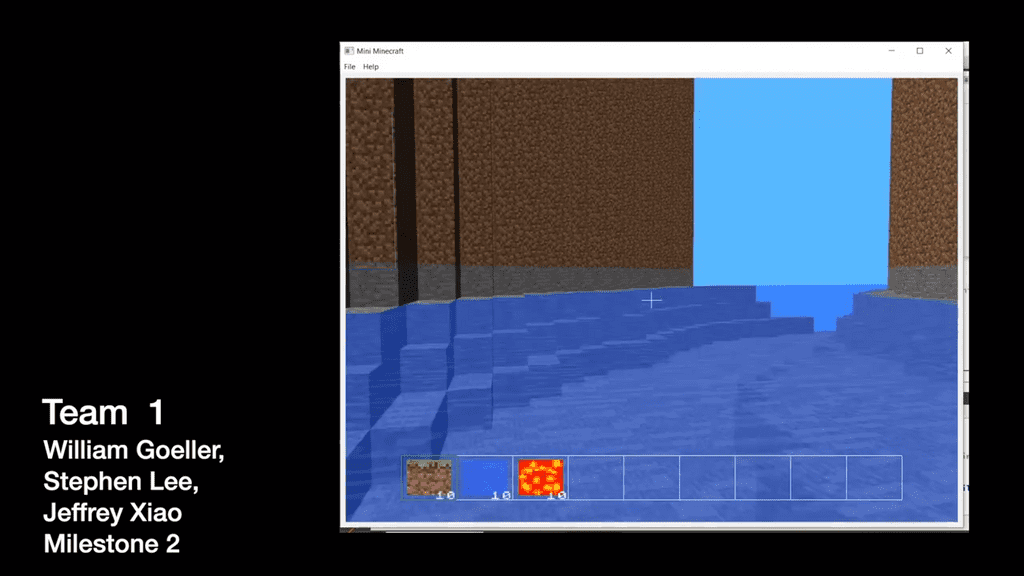 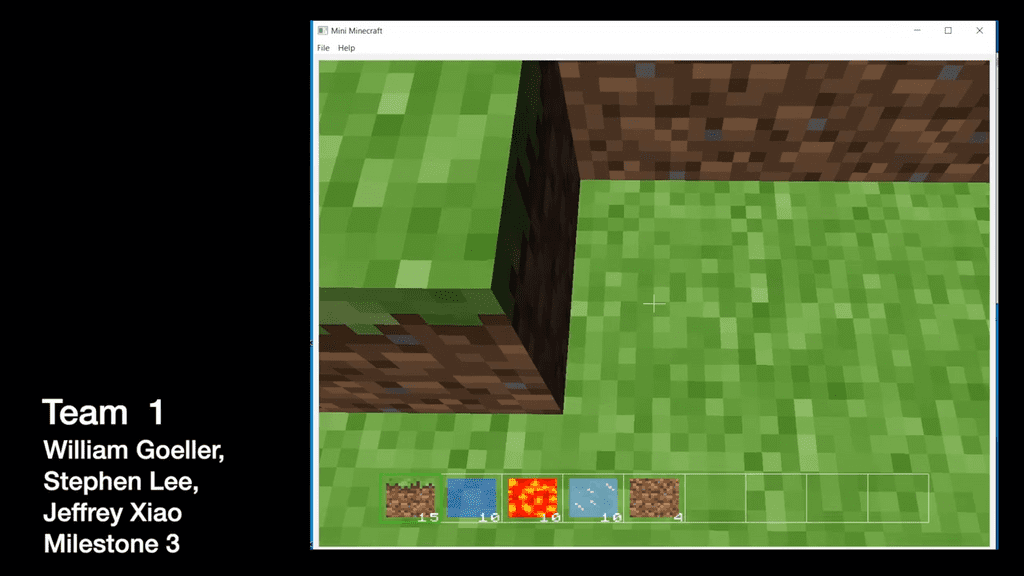